Published in the Montreal Gazette on July 18, 2015

In 1984, when I first set eyes on the newly – refashioned Viger Square, my initial thought was that someone in the municipal administration must have had a brother-in-law in the cement business. What was once one of the most beautiful and leafy of Montreal squares had been transfigured into a jungle of concrete walls and outcroppings. Surrounded by significant thoroughfares on all sides, an historic and attractive city park had overnight  become an exceptionally isolated, distant, and inhospitable setting. Before long, it also became home to the homeless.

I am neither an architect nor a sculptor so I am in no position to judge the design merits of the controversial and expansive Agora configuration found on the west side of the now drab square. I’ll leave that to others. (“Viger Square Agora monument set to be destroyed, Coderre says,” Gazette, July 7, 2015, A-3)

I do, however, find it odd that patrimony pressure groups, such as Heritage Montreal and others, have come to the vigorous defense of this relatively recent creation and yet failed to utter a single word when, a few years ago, an Early Gothic, pre-Confederation edifice just across the street from the Agora structure (the old Trinity Church) was levelled in order to make way for the new CHUM facility. Neither did they express an opinion when, only months ago, the 172-year-old University Street was in essence eliminated from the city’s toponymy, and heritage. But I digress.

Whether City Hall decides to integrate or obliterate the late Charles Daudelin’s agora, one can only hope that the end result will see a marked improvement in the eventual vocation and general appearance of this much-neglected corner of our city. The pricey, 28 million-dollar redesign should also last longer than the short-lived 30 or so years its forerunner survived. That ill-advised scheme cost taxpayers enough cash in its own right, and yet the new arrangement quickly became, in the words of Raphael Fischler, of the McGill School of Urban Planning, a sort of no man’s land conducive to all sorts of illegal activities. (Le Devoir, July 9, 2015, A-6)

For those who don’t remember or perhaps never passed near the area, Viger Square is actually three open spaces separated by four streets: St. Denis, Berri, St. Hubert, and St. André. When the three were ‘modernized’ in the early 1980’s, the western section became, at least in theory, an agora; the central part, a contemplative garden; and the eastern segment, a children’s playground. The latter sector was all the more preposterous given the fact that, for all intents and purposes, there are no children in that traffic-infested neighbourhood.

So far, no one really seems to know what city officials   have in mind for a revamped Viger Square. City Hall appeared, until most recently, determined to demolish the Agora arrangement while, at the same time, engaging in as little as possible public consultation about the park’s future. As many critics, including the Gazette, have observed, the few details that do currently exist certainly cannot justify the exorbitant cost of the exercise nor the eagerness to undertake the square’s rehabilitation so quickly, no matter what. (Gazette editorial, July 17, 2015)

Viger Square (or Guy’s Field, as it was originally known) has a long and colourful history that should be valorized by all. In February of 1903, the Montreal Star ran a story about the very early years of the locale. The account included the recollections of a Montrealer who had once lived in the area in the 1840’s. The unidentified person spoke of the spot as more of a bog than anything else and how early town fathers spent years paying carters to dump soil there in order to raise its level to that of its immediate surroundings “from four to six feet at least”. Clearly, civic authorities thought highly of the site and invested greatly in its potential development.

One may only hope that Mayor Coderre will move away from his contrived 2017 target date and allow Montrealers a say in how this community treasure should be reconfigured, this time with any luck for generations to come. 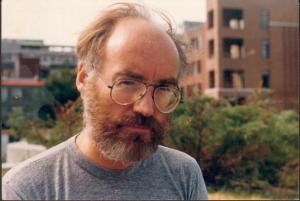