I’ve never personally known francophone Quebecers to be nasty, at least not as a collectivity (“Shrugging off anglo-bashing”, Gazette, May 11, 2013, B-7).

Born in the province, now a little over sixty – six years ago, I have lived through some of the highs and some of the lows of the nationalist movement. At the time of the first election of the Parti québécois back in 1976, and the subsequent referendum of 1980, I resided in the old St. Jacques ward – a part of the city where English was infrequently heard. Despite the heated political times, I rarely, if ever, experienced or witnessed any unpleasantness. Quebecers have always been by nature an accommodating and easygoing people.

The problem has never really been with ordinary citizens but rather with the governments we elect. Political parties of all stripes are seemingly fixated on the acquisition of more political power for the province (and themselves!) at the expense of the federal authority.

It is, however, now apparent that many dyed-in-the-wool ‘indépendantistes’, who have dedicated virtually all their adult lives to that elusive goal, will not live to see their dream fulfilled. Yet Bernard Landry himself stated at the time of the founding of the Parti québécois in 1968 that, in his opinion, Quebec would be an independent country by 1973! What a disappointment it must be for him and others to see Quebec, so late in their lives, yet a province of Canada.

Today, this festering frustration is leading to bitterness, and that rancour, as always, manifests itself through the perennial questions of language and the rights of the province’s English-speaking minority which was most recently slighted by university professor Charles Castonguay as living in “nests of anglicization”. (Gazette, March 21, 2013, A-8)

To complicate the issue further, from the perspective of Quebec sovereignists, the emergence of the English tongue in the late twentieth, early twenty-first century as the ‘lingua franca’ of much of the planet has not helped matters at all. It’s not that they are necessarily opposed, as such, to the notion of a bridge language; it’s just that the current ‘lingua franca’ happens to be English rather than French, as many of them would prefer.

In fact, French-speaking jurisdictions are just as capable of imposing their language on others as anyone else. I further came to realise this truth when, in 2007, I visited the old, now-defunct railway station in Damascus, Syria, which the French had built between the two great wars during their mandate over that poor, star-crossed country. In the depot, not a word of Arabic was to be found, all signs being in French only. One can only imagine the difficulty this created for the indigenous Arab population of that ancient city.

We see elements of this same genre of linguistic nastiness today here in Quebec. A province which once proudly stood at the vanguard in the struggle for bilingual rights throughout this country now reverts to informing visitors and others that an English version of the explanatory tablets which grace our statues and monuments in Dominion Square and elsewhere “is available on the Internet”, or as I once saw at an archeological dig in Lower Town, Quebec City, “an English translation is available at the Tourist Office in Upper Town”.

Having just returned from a near month long holiday in Italy, most of which was spent in Sicily, I can assert unequivocally that that is definitely not the case in the land of Dante. Virtually all museums and archeological sites display bilingual (Italian and English) signage. Many other panels are multilingual, including the French, German, and Spanish languages. Even simple bus tickets are frequently bilingual, something we haven’t seen in Montreal in ages. 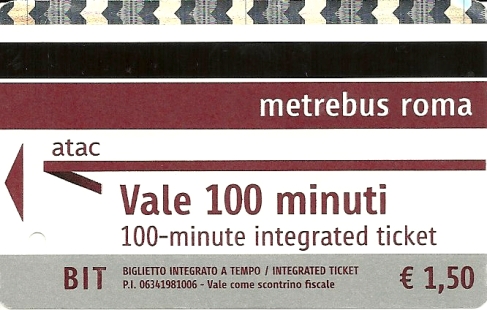 Most people in that beautiful country, particularly the young, strive to communicate in English and smile bashfully when complimented. They instinctively know that the procurement of a working – knowledge of the language of Shakespeare opens so many additional doors to them. English and other languages are taught in schools from the earliest grades.

Today, despite the wishes of some of their more narrow-minded elders, most young French-speaking Quebecers also want to learn English, and possibly other languages as well. They don’t feel that their French-speaking core is threatened in a pursuit from which only good can come. This is indeed an encouraging development.

But for the moment it seems that we all have to live just a little bit longer with the nastiness, perhaps the last gasp of a sour and rapidly fading political breed.

(below, outside Stazione Termini in Rome) 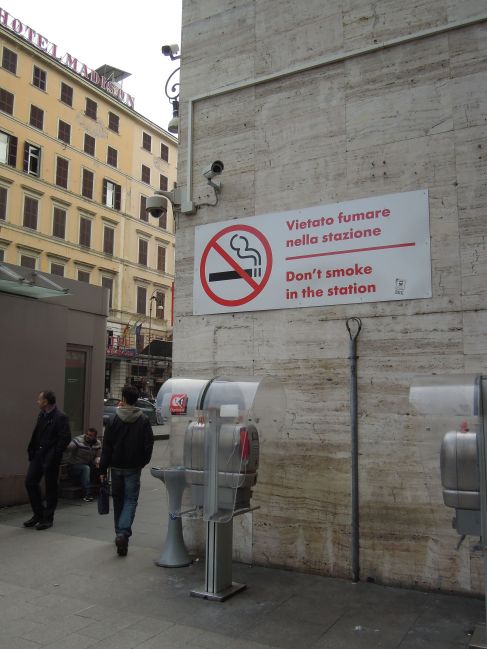