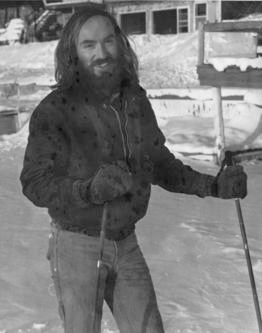 The article found below was published in The Montreal Gazette on November 10, 2003.

Occasionally, just occasionally, as I now wind – down my lengthy career as a Montreal – area high school teacher, one of my particularly inquisitive and audacious 14 year – old students will ask me my age. The question is inevitably posed in such a way as to create the maximum disturbance possible in my yet otherwise serene classroom. This somewhat contrived drama more often than not unfolds with diverse pupils vigorously calling out and sharing with one another their best guess with regard to my years. Some scholars – usually girls – underestimate my time while others – usually boys – supplement a decade or two, to the general amusement of all. Unbeknown to them, I really welcome the question.

My response is always the same. “I am so old”, I happily tell them, “that I actually recall the existence of a relatively small plaque that was placed near the driver in Montreal city buses.” Now as I recollect, it read “Notice: safe driving requires all my attention. Please do not talk to me”. The warning was brief and to the point. I even recall its appearance on this city’s tramways in what were, for my pupils at least, clearly pre-historic times. “You mean the sign was also in English, Sir? Wow, you are old!” Indeed, the caution was bilingual but as is every so often the case, they miss the point, and whenever they do, I energetically try to fill the unpleasant void by sharing my thoughts with them.

You see (I tell them), my quarrel with the cell phone is manifold in nature. Firstly, unlike the government, I don’t feel that we need yet another expensive and elaborate study to convince us that a driver of a motorized vehicle should not attempt to do two things at once. It would seem that that very elementary, common sense notion was understood 50 years ago and, it goes without saying, should still be today. However, my problem with the “cell” is much deeper in that it has to do with the seemingly long-forgotten virtue of knowing when to speak and when not to speak; when, in fact, to remain silent. I came to realize that quite dramatically a number of weeks ago when I entered a client’s toilet in a prominent Montreal downtown department store. There, to an astonishment bordering on horror, I heard from one of the cubicles an individual who was plainly involved in a very public conversation on his mobile phone! Talk about doing two things at once!

My experience on that frightful day caused me to have an interesting train of thought. The end result of this period of reflection and observation was the emergence of one paramount yet basic question. “When, in these remarkable times in which we live, are we ever silent?” My suspicion is not that often.

In a era of great opinion and unbridled self-expression, who among us has never been annoyed by someone’s empty and unnecessary commentary on an issue of the day? From the hollow and ridiculous claim of an American President that the U.S. is winning the war on violence and civil unrest in Iraq to the useless and almost incoherent mutterings of a grossly overpaid professional hockey player that, despite his team’s most recent humiliating defeat, the players are at last beginning “to feel good about ourselves and stuff like that,” we are ever – increasingly exposed to talk for the simple sake of talk. In short, we live in a world of rampant and debilitating claptrap. Cell phones are often, I conclude, but one example of that sorry spectacle.

Having listened attentively to this rather brief homily, my students just sit and gape at me in disbelief. They are momentarily speechless, perhaps even sorry that they enquired about my age at all. Ironically, for a few fleeting seconds, they are silent. No further questions are asked. There is an awkward moment of anticipation. The bell sounds and they leave eagerly, almost frantically, for recess. Alone at last, I turn to my ever present audio – cassette player and triumphantly insert my preferred recording of Gregorian chant.